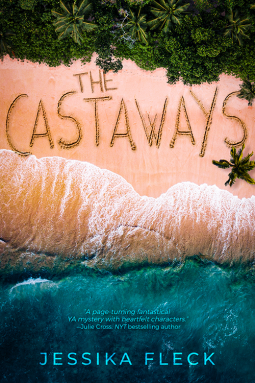 We go out and settle on large boulders in the sun. It beats down on us like a tiny peace of heaven in all this chaos and confusion, orphan stories, and names.

The Castaway Carnival: fun, mysterious, dangerous. Renowned for its infamous corn maze…and the kids who go missing in it. When Olive runs into the maze, she wakes up on an isolated and undetectable island where a decades-long war between two factions of rival teens is in full swing.

Trapped, Olive must slowly attempt to win each of her new comrades’ hearts as Will—their mysterious, stoically quiet, and handsome leader—steals hers. Olive is only sure about one thing: her troop consists of the good guys, and she’ll do whatever it takes to help them win the war and get back home.

Confession time: I haven’t read The Lord of the Flies, that supposedly is the inspiration behind The Castaways. I tried to once, when I was twelve, and it was incredibly boring so I put it down and went back to reading the Narnia Chronicles. What I can tell you is that The Castaways is firmly a young adult novel, full of action, violence, romance, and female character (which I understand Lord of the Flies doesn’t have). It’s a fun and quick-paced novel that bumps it up from the average 3 star book, but suffers from an abundance of cliches.

I used to have a smile. A real smile. All teeth. All cheeks. The kind that makes your eyes go squinty and pinches your nose. But I lost it.

Olive Maxi Gagmuehler is badly bullied, beginning with quite a disgusting opening scene of harassment. Olive certainly earns my sympathy and watching her grow and reflect on herself throughout the book was lovely. At the Castaway Carnaval, Olive runs from her tormentors into the corn maze, one surrounded by legend and rumours of missing children, but when she runs out again – well, this ain’t Texas anymore, Dorothy. The island is large and inhabited by two small tribes of children – the Lions and the Panthers – who are at war with each other. It sounds a bit cliche and I suppose the idea behind it is, but I was delighted to find out that there isn’t actually much time spent “at war”, rather it tries to focus on a community of lost young people and their relationships to each other and themselves.

I’ve learned to slay the physical and mental mind blow before it takes me down its hellish spiral. I’ve never fallen all the way down. But the threat is always one breath away.

Olive has anxiety, mostly manifesting in severe breathlessness and shaking. Personally, as someone who used to have panic attacks (bad heart palpitations and feeling like I was choking), I think this was quite well done, but obviously everyone experiences anxiety in a different way. As Olive grows throughout the novel, her anxiety becomes less debilitating. She becomes more confident in who she is and I related quite a lot to this – going to university and exposing myself to new people and situations did wonders for my anxiety. Like Olive, it’s still there and sometimes surfaces, but is almost entirely manageable. So kudos to the author for this.

As regards the rest of the cast, Olive loves her younger brother Lucky, but unfortunately her parents barely feature in the novel at all. The rest of the main cast consists of the lion tribe, a mix of six kids of different ages. I’m fairly sure some of the kids were non-white, but there isn’t a whole lot of descriptions going on. My favourite was Bug, a resourceful seven year old girl who takes a liking to Olive (and Olive’s matching underwear set), closely followed by Jude, a solitary grumpy older teen who is mourning the loss of his girlfriend, Ana. Then there’s Will, the love interest and head of the Lions, the kid who has been on the island the longest.

“I don’t hate you,” he mumbles. I barely hear it. But I do. Head down, he speaks to the door. “I hate this fucking island. It takes everything I love, chews it up, and shits it back out.”

The cast is, on the whole, alright, though I had trouble keeping a few of the characters distinct in my mind. Where the book suffers is its predicability. The two main plot twists were rather obvious – the first in particular I saw coming from quite a while away. But what was interesting was the way in which Olive dealt with the betrayal. Normally authors write their characters into having meltdowns and screaming anger fits when they have hidden paths – instead Fleck wrote Olive as being a mature adult who is capable of having a decent adult conversation! That’s quite a rare trait in a YA character, so this was a pleasant surprise.

Then there’s Will. He’s got the crooked nose and jaunty smile and a ~mysterious~ past that Olive falls for straight away. That’s actually fine by me – you spend some time in close quarters with some people and you’re probably going to develop a crush. It’s just that their relationship develops very fast from crush to love territory, in under a month. I also didn’t actually like him all that much either, so that was a bit of a shame – the idea of a sixteen year old dating someone who has lived on an island for fifty years, ageing physically or not, seems a bit weird to me. It’s a bit Edward Cullen to my mind, though Will is nowhere near as creepy. The ending is also very predictable, absolutely no surprises there.

The Castaways is a fun, fast-paced novel with a handful of good and well-developed characters. The main character, Olive, is particularly strong and I think the anxiety representation is well done. Just don’t expect to be surprised by where the plot goes.