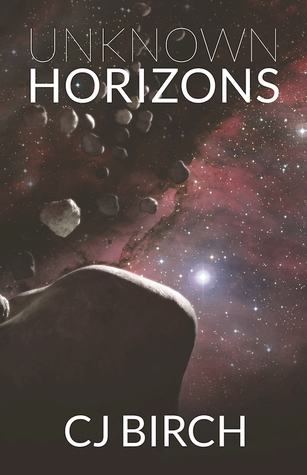 I don’t know what it is, but there’s something comforting about cruising through space wrapped in the certainty that you’re sometimes only inches from the utter stillness of space

The moment Lieutenant Alison Ash steps aboard the Persephone, she knows her life will never be the same. She will never again watch the sun rise over the asteroid belt, never again see Earth from a handheld telescope, and never again see her family.
In less than three weeks, the ship will dock at the Posterus and begin the most important journey humankind has ever undertaken. More important than discovering fire, creating language, or even abandoning Earth to live confined in biospheres among the asteroid belt over 100 years ago.
What Ash doesn’t expect is that by keeping her recent memory loss a secret she is jeopardizing not only the Persephone’s mission but humankind’s launch of the first ever generational ship. Nor does she anticipate her attraction to Captain Jordan Kellow, but both will change her life forever.

Unknown Horizons absolutely nails some good sci-fi staples: an officer aboard a starship, a mission to help save humanity, a sort-of savage mech race, some religious aspects, and a nice romance. Lieutenant Alison “Ali” Ash has memory loss, a fact she conceal from Captain Jordan Kellow when she boards her vessel Persephone, en route to the Posterus, the first multigenerational ship setting sail for new habitable planets. As Ash alienates almost all of the crew, stranger things keep happening to her.
First off, this is a lesbian sci-fi romance. It’s actually the second one I’ve read recently (In Ageless Sleep was the other) and both have suffered from the same problem: the romance isn’t developed enough! In Unknown Horizons the chemistry between Ali and her Captain Jordan feels very real, but because this is a mere slim volume of a book, clocking in at about 240 pages, and not an epic sci-fi escapade, the romance is always competing for page time with the big plot that’s going on. What we get is sweet and lovely and there’s a rather explicit sex scene, but it really could have done with a bit more focus.

Part of me has been lost forever. I am one of the monsters who haunt our night time.

Then there’s Ali herself. She’s a bit standoffish, alienates the crew, is apparently a hard taskworker, and argues with her dad a lot. A few months beforehand, Ali was stationed on a station when the Burr attacked. The Burr are a type of semi-automated soldier, humans with mechanical parts, built for wars when people still lived on Earth. They have all sorts of weird ideas about human purity, but most worryingly, Ali can’t actually remember much about the attack. Ali goes through some good character development.
I did really quite like the plot and Birch is good at doling out information when it becomes important and relevant. I was surprised, however, that the plot is so small and self-contained, as it were. The Persephone barely reaches the Posterus, to begin the “most important journey humankind has ever undertaken”. When I picked up Unknown Horizons that’s what I expected it to be about: exploration, science, journeys. But it kinda … isn’t. Whilst I still really enjoyed the plot, it was not what I expected.

I’m seeing the captain, not Jordan. And it’s not just that she’s about to give me a direct order, it’s everything about her.

Jordan is a much more interesting character with a delicious backstory that comes into play. She does seem like a bit of a weak Captain, however; she’s got a first officer whose mattress has been sliced open by a crew member in a non-friendly manner, and there’s all sorts of mutiny going on, but she never really does much about it. We also never really get to see Ali at her day to day job, which is a shame.
Unknown Horizons is quite a short but enjoyable sci-fi & romance novel. I particularly enjoyed the whole memory loss aspect and the beginning development of Ali and Jordan’s relationship.
My thanks to Netgalley, the publisher, and the author for an ARC of this book.