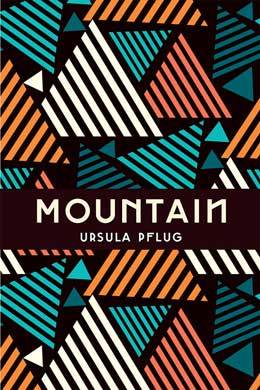 Seventeen-year-old Camden splits her time between her father, a minor rock star, and her mom, a scruffy “hardware geek” who designs and implements temporary and sustainable power systems and satellite linkups for off-grid music and art festivals, tree-sits, and attends gatherings of alternative healers. Lark, Camden’s father, provides her with brand-name jeans, running shoes, and makeup, while her mother’s world is populated by anarchists, freaks, geeks, and hippies.

Naturally, Camden prefers staying with her dad and going to the mall with his credit card and her best friend, but one summer, when Lark is recording a new album, Camden accompanies her mother, Laureen, to a healing camp on a mountain in Northern California. After their arrival, Laureen heads to San Francisco, ostensibly to go find her lover.

Mountain was a bit of an odd book. Or, more accurately, a novella clocking in at about 140 pages. It’s about a seventeen year old girl who goes to a “healing camp”, a sort of festival / commune, with her wayward mother. One day Camden’s mother goes down to town in the truck and never comes back, leaving Camden alone at the camp.

Winter’s ice was coming unstuck under the April sun, washing down the mountain through the camp

First off, the whole synopsis on Goodreads gives away what was built up in the book to be a major plot reveal. Also the synopsis seems to be at conflicts with the book I actually read, which wasn’t a big deal but was a little confusing. I picked up Mountain because I thought it might offer me a short insight into a different kind of lifestyle and explore different topics to the typical YA book. Whilst I certainly got that it, I just generally found the whole book a touch odd. For example, the ending was quite abrupt without a lot resolution. Then Camden’s story is interspersed with the stories of other people at the camp who never seem to appear within Camden’s story; I thought they interrupted the natural flow of the book and found them quite unnecessary.

What I did like about Mountain was Camden herself. Her parents are separated: a minor rock star father who thinks having a daughter just means giving her cash when she wants it, and a mother who lives a life on the road, travelling from camp to camp installing technology and power systems. Camden, who was born Amethyst, is tough, strong-minded, and has had a hellish childhood. She’s both likeable and sympathetic.

“But I do feel it, the mountain,” I said timidly. “Like a dark strong rush pulling me down and up simultaneously, smelling of pine needles and snow”

When she and her mother arrive at a healing camp on the mountains of California, Camden feels out of place among “The Tribe”. No technology and now no mother, Camden is used to the camper life but not like this. She befriends Skinny, a young man who acts as The Tribe’s security. Their friendship is an odd one. Like Camden, I found the “healing” aspects to Tribe culture bemusing: healing crystals, poking people so they can experience their previous lives. Bizarre. I did like the focus on nature, the connection Camden feels with the mountain and the land as I’m a big advocate of the outside.

Overall, I didn’t find Mountain that enjoyable. I got the impression that it was more of an artistic book, in a way, and found it quite directionless and the ending abrupt. I might have found it more enjoyable had the synopsis not been so revealing of the plot.