This is probably not a warrior cat

Most children go through phases of being obsessed with something, be it a sport, a video games, or a particular period of history (I was an Ancient Egypt fan), and book-loving children are no different. Popular series when I was young included Redwall, those Rainbow Magic fairy books, and Guardians of Ga’Hoole. I was absolutely and unashamedly a Warrior Cats kid. I’m not really sure if these are still a massive thing with the youth, so allow me to share this delightful and charming series with you. 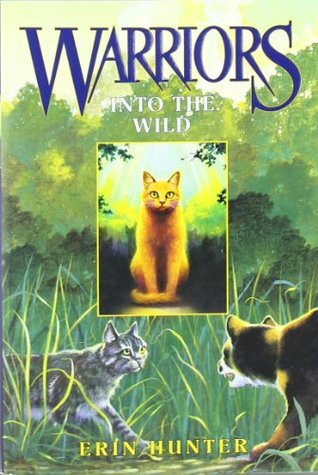 I think I was perhaps ten, young and innocent and a lover of books. I’d recently read Tamora Pierce’s Alanna: The First Adventure so I was all stoked up on stories of warriors and battles and heroics, and I go into the children’s section of my local library and pick up Into the Wild by Erin Hunter. It was the very same cover that is pictured above, a bit battered, and I was absolutely drawn in by the picture of the cat because despite our family owning a dog, I adored cats.

I devoured this book and as soon as I finished it I begged my mum to take me back so that I could get the next one. The problem with small public libraries? They never seem to own the whole book series. Fortunately, this did not deter little ol’ me, I simply picked up the fourth book in the six book series and went on my merry way. I would have thought that a ten year old would have some conception of a continuous plot line and character development, but I don’t really remember caring too much, so maybe not!

My parents bought me the box set for my birthday, so I could finally read them all in the proper order. But not only that, they got me the second series. I HADN’T EVEN KNOWN THERE WAS A SECOND SERIES! I was a very thrilled young girl and now, as a twenty year old adult who lives away from home and is studying for a degree, I’m reading my fifth Warrior Cats series.

This isn’t a warrior cat either. But it is pretty cute

So What’s It All About?

That cute little ginger fluff ball on the cover is Rusty, a “kittypet” (cat owned by a “twoleg” or human) who, upon meeting a wildcat by his fence, finds his small cat heart captured by the idea of living in the forest. To the displeasure of many of the wild cats of ThunderClan, Rusty is inducted into the Clan by the leader, Bluestar, to be a warrior apprentice.
The basic idea is that there are four cat Clans – ThunderClan, WindClan, RiverClan, and ShadowClan – living in the wild. They’re governed by StarClan – basically cat heaven – and the spirits of their ancestors. Each Clan is ruled by their leader who has nine lives and takes the suffix “star” and a medicine cat, who learns healing herbs and does all sorts of unbelievable healing acts like splinting broken legs, as well as communicating with their dead ancestors through dreams. There’s also a deputy cat and all the warriors and apprentices, who take the suffix “paw”, before they are given their warrior name. Each cat learns to hunt and fight and generally to survive in the wild.
Rusty becomes Firepaw, then Fireheart, and then Firestar throughout the series, as ThunderClan allies and fights with the other clans in turn. He faces allies and enemies, follows his heart and the Warrior Code, alongside a whole host of other loveable characters.

These ones have super nice covers and the spines make a picture!

Are They Actually Any Good?

My personal reaction to these book is that yes, they are quite good. Any book that can make me actually sad when I think about it’s characters and their trials is, in my opinion, a good book. When I think about Bluestar and what she went through, her madness and her suffering, her loyalty to her clan and her doubts and the weight of her duty upon her small cat shoulders, I am amazed by how well-written she was for a children’s book. If I knew any small children I would absolutely recommend these books to them.
However, I’m thirty books in and I have read a lot of repeating plotlines. Each series seems to have some cat fall in love with a cat from another clan, a period of sickness and lack of prey, a cat who falls under the sway of Tigerstar (a very bad kitty). There’s normally a prophecy and a mission, but I just keep buying the books! As I read The Last Hope (sixth book of the fourth series) for the first time, I’m just as scared for the characters as I was reading Into the Wild when I was ten. I know, I just know, that Mousefur, who has been a warrior since the first book, is probably going to die, but I’m afraid to read it. As StarClan charges into battle and Whitestorm and Lionheart and Bluestar are mentioned, the child in me squeals for joy.

There’s some books, clearly aimed at a younger audience, that still hold charm for adults even if those adults never read those books. Enid Blyton’s book are probably a good example of this. But whether  or not Warriors would be fun for adults to read, these books captured my heart as a child and they never let it go.